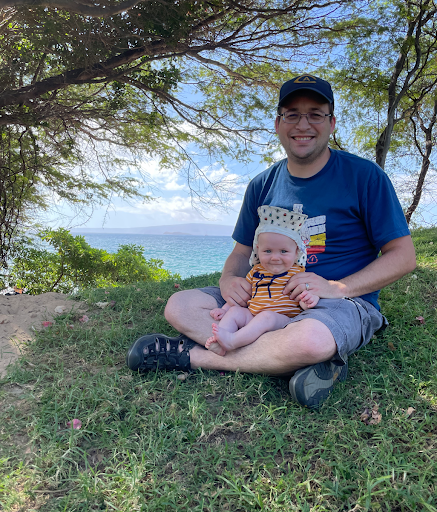 Seán Alling is a Staff Firmware Engineer at Dojo Five, and joined the company in May of 2022 working remotely from Davis, CA. Seán was born and raised in the area, growing up in Sacramento before attending college and living in Davis, a community situated on the edge of Yolo County. Davis is a pocket of idyllic small-town laid-back life, nestled in a giant college town 70 miles from San Francisco and less than an hour from Napa. UC-Davis recently changed its mascot from Gunrock, a champion race horse, to Aggie, a boring milk cow because they thought race horses were too pretentious. They are keeping it real in Davis.

Seán's last decade has been defined by working and learning, as he's chewed his way through every program the University of California-Davis threw at him - dual BS programs in EE/CS, an MS in EE, and is wrapping up his Ph.D. Seán has collected nearly a decade of work experience in embedded development along the way, but when pressed on his favorite jobs, Seán couldn't help but fondly recall his university catering job for executive administration, where he enjoyed an endless supply of top shelf leftovers for years. In related news, Seán's favorite embedded projects are around low-power design and system power optimization – his heart has always been set on making the most of limited resources.

While his dad was a Contractor and wanted him to become a Civil Engineer, Seán opted for the brutality of firmware because it represented the fun middle-ground between Electronics and Computer Science. One of his favorite projects that pulled these disciplines together was an e-ink daily calendar that rotated Dilbert comic strips. We're mildly disappointed that Seán's Ph.D. thesis will not focus on Dilbert, but rather addresses DC/DC converter optimization using a mix of software and hardware.

He spent the bulk of his career mastering the ups and downs of embedded development in elevator systems. The work was interesting, but the multi-year development, deployment cycles, and internal practice left less flexibility for new techniques, processes, languages, and platforms. He's enjoying the variety at Dojo Five, currently splitting his time between developing the first prototype for a startup developing an implantable medical device, an automotive communications project working in embedded Linux, and an internal project focused on professional development for engineers.

Seán has had a lot of interest and success in testing, automation, and HIL – and prefers Python for scripting. He's had extensive experience designing a digital logic safety utilizing FPGA's, optimizing test and validation for production, and broad technical support both on and off site.

Seán, an Eagle Scout, naturally loves National Parks and outdoor camping. His wife is not an Eagle Scout and we all hope she will eventually learn to love the outdoors as much as Seán. Seán has even gone on to drag his son on National Park adventures by taking him to Haleakala and Volcano’s National Park. Seán and his wife have visited 16 National Parks in their seven years together but have plans to visit all 63.

Throughout his career, Seán has valued mentorship and learning and has been a teaching assistant and facilitator of the UC Davis EE-Emerge course, a year long elective course for sophomore and junior students with a focus on hands-on and practical learning. Bringing new ideas and concepts to life in the embedded world is what gets him up in the morning. He carries that energy into his project work at Dojo Five, and actively contributes to our communal problem-solving Slack channels with his own challenges, while also soliciting help from others.

Seán has taken up running over the past few years and completed a marathon in 2019. Future Olympic plans are on hold while he raises a toddler and is awaiting the arrival of baby #2, but he hopes to get back out there doing races when he finally catches up on sleep. 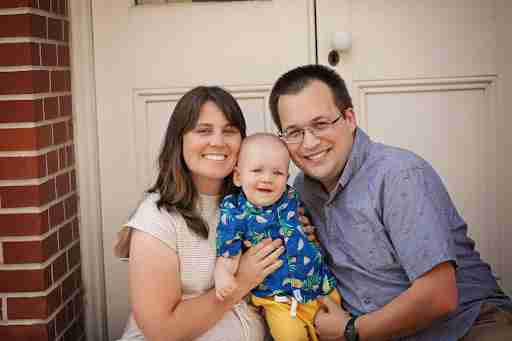 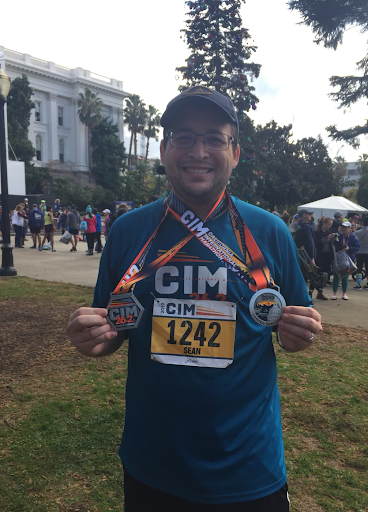