Software that can dim your lights or zap your heart 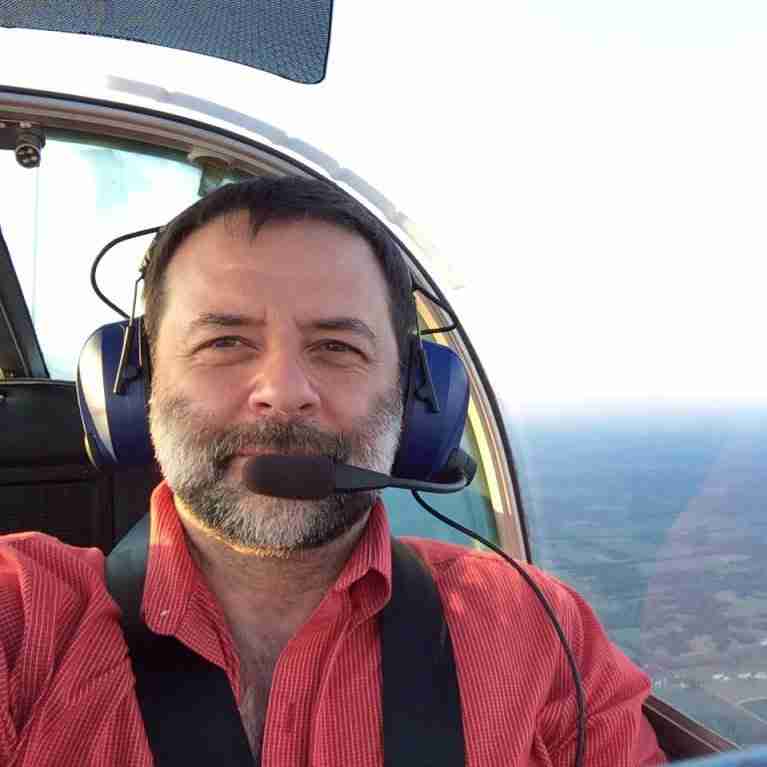 Pete joined Dojo Five in November of 2019 as a Senior Firmware Engineer. He grew up in a little seed in the forest back in Syracuse, NY and did his first programming in high school, working on dial up computers with an acoustic coupler.  His highlight and lowlight was winning a local computer programming contest, but was ultimately disqualified at the state level because he wrote it in BASIC and that wasn’t determined to be a real business language. We’ll have to defer to the judges on that one.

Pete has always loved tinkering, and spent some time early in life as a handyman. He was interested in radio and television and even helped start a little local sports show that was later acquired by a major network. But when it came down to planning a long-term career, Pete went back to school at Rochester Institute of Technology for a BS in Computer Science.

His first foray into embedded development was in college when he did a co-op job at Xerox and realized how satisfying it was to write programs that make motors turn and turn lights on.

The coolest thing Pete worked on professionally was the first Smith Corona word processor introduced in Russia. Pete learned to touch type in Russian while on the project, which was a nice bonus.

But the project ultimately had a diplomatic impact as it became a gift from The White House to The Kremlin.

In his 30+ years of software development, he has worked on a wide variety of projects from consumer electronics found in big box stores to cardiac stimulators. He has worked on many projects for companies that are household names, such as Microsoft, Sony, and Siemens. He has decades of experience in medical device development, and recently had a client request for help on a device that, unbeknownst to the client, Pete had worked on developing 25 years ago.

He has worked across the U.S. as well as internationally in Sweden, France, Germany, and the UK. He tries to make it into the office in St. Paul everyday, because while working from home or from anywhere in the world has its perks, he really likes seeing his coworkers.

Pete’s favorite thing about working at Dojo Five is the environment. The people are bright, motivated, and enjoy what they're doing. It’s a very positive atmosphere, and that can be helpful when you get stuck on a new challenge.

“I would really like flying to be more accessible to everyone. But not flying cars. Oh God, no.”

Pete is a recreational pilot and loves flying. His ideal contribution to the world would be to run a company that makes low-cost avionics. While those tools are critical to flying and navigation, they can be ridiculously expensive for weekend pilots that enjoy building and maintaining their own aircraft.

Outside of work, Pete also fixes things - metal working, woodworking, metal casting, tig welding, blacksmithing, machining. Many of those tie into his favorite hobby - restoring his Howard DGA-15. He's often doing something aviation-related: flying or working on airplanes, attending aviation seminars or just reading about the industry. And when time permits, he can be found taking a class to learn a new skill or foreign language.